Hope you’re having a great Tuesday. Here we are on our 29th graphic of May.

Today’s screencap of Richard Armitage as Ricky Deeming was chosen by beengizzied. She also recommended the song “Bathtime” by Tindersticks. Thanks very much, beengizzied!

Here’s your base image: 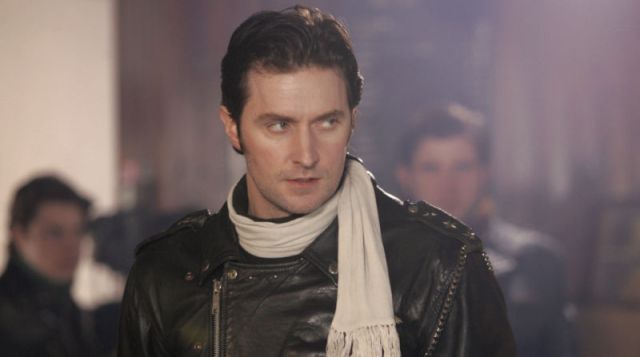 Below is your graphic of the day. It’s a 1600×900 pixel wallpaper. Please click for full size. 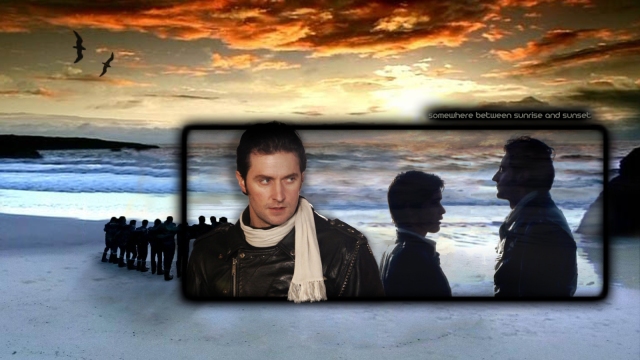 Somewhere between sunrise and sunset

This graphic is another example of trying things out until I liked the final result.

First, I clipped out the Ricky Deeming character from the base image. For the background, I used this screencap from RichardArmitageNet.Com: 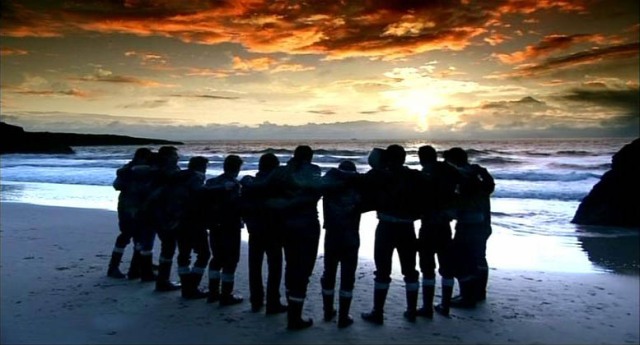 I broke my own rules and enlarged this image to fit the scale of the wallpaper. I’m a rebel, like Ricky Deeming! I cut out the silhouettes, resized and moved them and added shadows.

Instead of trying to fill in the large gaps left by removing the silhouettes, I added the sandy part of the image below and applied the Luminosity blend mode so it would pick up the background colors: 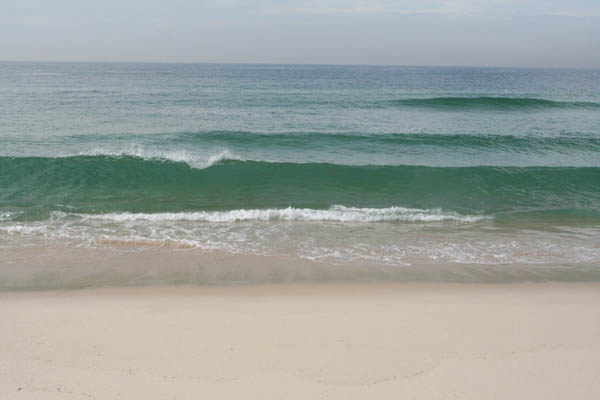 I decided I wanted to explore the initiation of the Billy character so I added the screencap below. I wonder if this had anything to do with the title of the song beengizzied suggested? 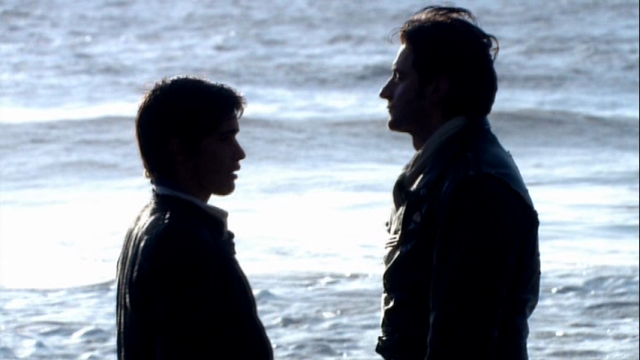 After some experimentation, I set the above layer to the Darken blend mode.

I created a rounded rectangle shape and gave it a Drop Shadow, black Outer Glow and Inner Glow. Then I set this rectangle shape to 0% fill so the effects would appear but the rectangle itself would be invisible.

Then I found an image of seagulls and extracted two of the birds to add them to the wallpaper: 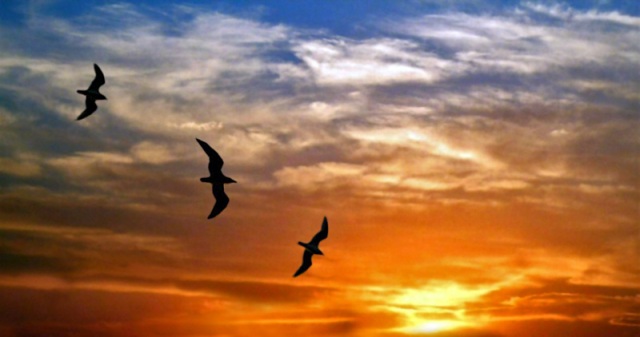 I added the text “somewhere between sunrise and sunset” using the [z] Arista Light font. I applied the same effects as I did the rectangle shape: Drop Shadow, black Outer Glow and Inner Glow and set the text to 0% fill so it would become reversed.

As a final touch, I cut and pasted the fringe from the scarf in this promo picture and added it to the graphic: 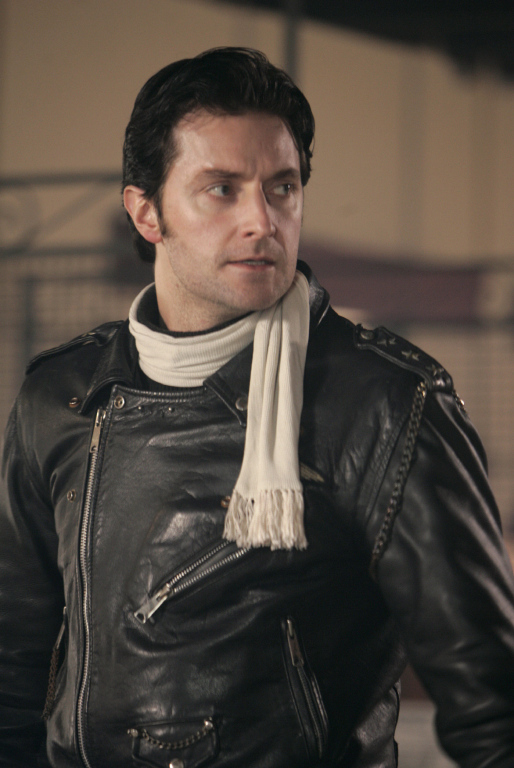 That’s the story behind today’s graphic. Thanks for playing along!

If you went swimming with Ricky Deeming, what would you do if he dunked you underwater? Do you suppose he wears a leather Speedo?