FanstRAvaganza Day 5 – Who was your first?

Note: this blogpost was created as part of FanstRAvaganza 3. Other participating blogposts can be found here: http://fanstravaganza.rgcwp.com/

Today I want to interview you! I always like to know what makes people tick and and I especially enjoy learning about those in the Richard Armitage community. Even the name of our blog celebration has the word fan in it!

While my first blogpost of the week was an interview with the father of the child actor in Captain American: The First Avenger, today my interview subject is you!

Because there are so many blogs to visit, our interview will be kept very short, LOL! Let’s get started, shall we?

1. What was it about your first Richard Armitage character that appealed to you?

2. If you met this character, what would you do to hang out?

3. (Optional) Who is your favorite RA character and why?

My first RA character is Harry Kennedy which is perfect because I have a heightened sense of humor and so a comedy was probably the best introduction for me. Initially I thought RA was a comic actor but then saw his other roles and found he could brood, show angst and smolder like no other!

If Harry Kennedy and I were to hang out, we could go see a film. A romantic comedy, obviously! 😉

As many of you know, John Porter is my favorite RA character because he is so masculine and he brings out my primal urges, LOL!

I also made a graphic to illustrate a merger of my first and my favorite Richard Armitage characters.

Below are the component images used in this graphic: 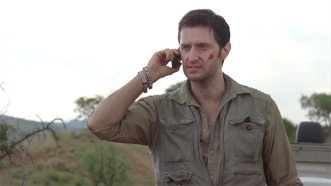 Here’s a poll too because they’re fast, easy and fun!  😀

P.S. Thanks for all your great submissions for our last blogpost. If you’ve not read the comments for the Thorin romance novel, I urge you to do so if you are looking to be impressed and/or humored!  😀

120 Responses to FanstRAvaganza Day 5 – Who was your first?