Deliciously sexy accountant Harry Kennedy was my first-ever Richard Armitage character when I watched The Vicar of Dibley on Netfix about two years ago.

Today’s Picture of the Day (POD) at RichardArmitageNet.Com is dedicated to Cath: 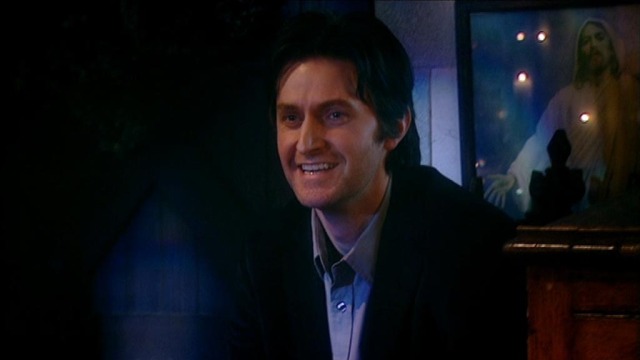 Here is your Graphic of the Day:

For today’s graphic, I wanted to use bright primary and secondary colors to make it bold and whimsical.

First of all, I clipped out the POD and then found a good image from the same scene and added that. I started playing around with the hearts and decided to incorporate the happy couple in the graphic. ♥ ♥ The hearts have an inner shadow effect to give the graphic some depth. The phrase “The Harry Effect” was borrowed from a tweet by @RAnetdotcom. The text uses the Impact font and I duplicated the layer several times and applied different color overlays and rotated the various layers. The blue background looked too smooth originally so I added a natural paper texture. Finally, I couldn’t resist adding a sparkle using a brush.

Here are the images I used in addition to the POD, all of which I snaffled from the Vicar of Dibley album at RichardArmitageNet.Com: 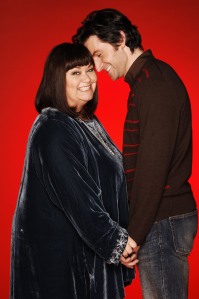 Harry Kennedy is such a sweet darling character! I was immediately smitten. 😛